Casper Wyoming Even Has 7 Wonders!

Have you ever heard of the 7 Wonders of Casper? Our little town is one of the cool places that have claimed their own seven wonders, or is it, eight, or nine? Similar to the original seven wonders, ancient, modern, traditional, natural, it depends on whom you ask. Hi, my name’s Alisha Collins with Remax, The Group, and the Alisha Collins real estate team. Let’s explore the Seven Wonders of Casper.

Let’s start downtown at our local library. The Natrona County Library is growing out of its vintage building. But if they ever get a new space, I hope they take the Echo Chamber with them. The Echo Chamber is our first Wonder of Casper. Looking at this mini amphitheater, you might wonder why is it a wonder? Simply stand in the middle of the circle, and say, hey, old lady, to the plaque in the middle of the wall and the sound will echo around you. Okay, so you probably could say anything you want, but some kids I know always speak directly to the plaque and they get the best acoustic effect.

Downtown Casper has an amazing cool spiral staircase located in the alley between Center and Wolcott, this not so hidden location is truly one of a kind. If you have a senior, know a senior, or are a photography buff, you will have also seen this wonder. The metal spiral staircase is a photogenic gem of Casper. Climb up and check out the view, but don’t expect to get anywhere. It’s truly the staircase to nowhere.

Our next stop is also downtown on First Street. The Onion and the Eggbeater. No, I’m not talking about a wonderful brunch spot, though we do have several of those as well, I’m talking about the iconic building currently housing Wells Fargo Bank downtown branch and the dizzying tower adjacent. The Onion, as it is now called, was originally built for the Wyoming National Bank in 1964. According to the Society of Architectural Historians it used to be called the Leafy Rotunda, or the Peeled Orange. While its modern nickname, the Onion, is very fitting, the Peeled Orange was a great nickname as well. Designed by a Denver architect, Charles Deaton, he called his approach a sculptural concept in architecture. And I would say it is indeed a unique approach to building design.

I think this has earned its place in the Wonders of Casper. Not only due to the incredibly unique design, but some of the structural details. Did you know that there are 17 concrete blades that were cast on-site and that each blade is 44 feet tall and weighs 21 tons. Whoa, you can find even more details about the unique building on the website below. The accompanying tower was added four years later and was designed by another architect, Harold Engstrom. The tower is 177 feet tall, and is made of sculptured steel painted white. Starting with the three legs on the ground, the steel then comes together in the middle to separate into the three blades on the top. The large tower is fondly referred to as the Egg Beater. I’m sure one look will explain the nickname. But if you’re in doubt, take a twirl under the tower and let me know if your head feels a little like a beaten egg.

Car in a Box, you say, take a little trip down Sun Drive, north towards Second Street and look for the Car in the Box. No, it isn’t an art installation in someone’s yard, or taking up parking space on a street. Look up at the red light you think will last forever, you will see the car in a box on top of the traffic light. It must be a sensor because the red light does not last forever, just as long enough for two cars to collect and then it’s green for go.

Look to the south and you can see Casper Mountain, a wonderful place, easy to get to, fun to explore, and the home of two wonders. Lookout Point is found on the list of the Wonders of Casper. Why is this a wonder? Is it simply the amazing view? Most likely it is due to the myth about the original layout of Casper. Many claim the town not only looks like a steamboat, the Wyoming Bucking Horse logo, and of course my logo as well, but that it was designed that way. Now our town has grown. Did we extend beyond the original horse design, or did it ever exist? What do you think?

The next stop is at the base of Casper Mountain on Garden Creek Road, Gravity Hill. It isn’t marked with a sign, so grab a local and head to Gravity Hill on or in anything with wheels. You will see why this is on our list. Head east on Garden Creek Road, and stop about a half mile before you get to Casper Mountain Road. Put your car in neutral, and see which way you roll. If you’re in the right spot, you will defy gravity, and roll uphill. Is it a cool optical illusion or what do you think? If you would like more information about Casper, click the box right here and watch our next video. 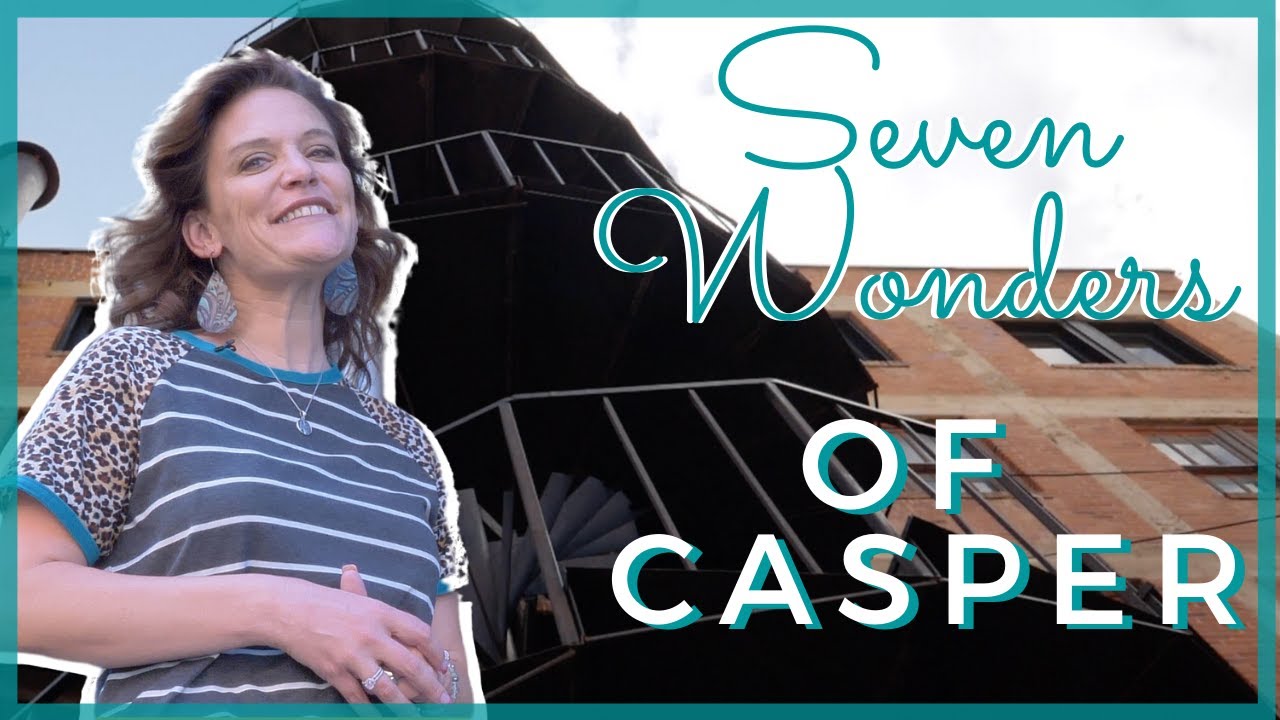