Let’s start by talking about the pros and cons of living in a somewhat small town in Wyoming and how they balance out. What about the size of our town, specifically our population? The population of Casper seems to hover right around 55 to 60,000 people. The size of Casper has a couple of pros and cons that go along with it. Pro: there’s no crowds. Casper is large enough to have most of the amenities and activities we want without all of the crowding that you’ll find in larger cities. Most likely, you can get into that superb Thai restaurant with no wait and the live music downtown at a local brewery. Most likely, it’s even free. Pretty good and not that crowded. A con: some of the bigger concerts and events pass us by because we don’t have the population to support them. But, hey, that’s what cars are for! Many of the larger events are in Cheyenne, Wyoming, two hours away, or Denver, Colorado, which is only four hours away by car. We also miss out on some of the chain restaurants due to the lower population as well. But I know our local restaurants more than make up for that. Pro: small town, just one large community. And who needs six degrees of separation when you have two degrees in Casper? You really can do business with a handshake and know your neighbor even if they live across town. The people of Casper are amazing. We care for others, we stand up for things we believe in, we help each other. There are things that have happened in our community, both good and bad, that people show up and do what they have to do to take care of each other. There’s a con for a small town as well. It’s just one large community. Yep, it’s a pro and a con. Sometimes it seems like everyone knows everyone here, and that can be frustrating and, of course most of the time, people know all your business.

Pro: no traffic on your commute. No commute really. You can drive from one end of town all the way to the other in under 30 minutes. Sure, there are some wonderful properties further out of town, which might put you at a touch over 30 minutes but even then, you won’t hit a traffic jam, unless it’s the Wyoming kind. Which brings me to the con. A Wyoming traffic jam. I’m kind of torn on whether this is really and truly a con. How many towns can say that they get to witness such a fun spectacle even if it can make you late to work? It’s usually turkeys or antelope but, if you’re lucky like I was the other night, it can be majestic elk running across the road on my way home. In many areas of town, the grass and flowers would be snacks for the deer as they come through as well. A beautiful sight but frustrating for the gardeners out there, and I’m just trying to be a gardener but, you know.

Okay, next comes the climate of Casper. I have to say this has pros and cons as well. So the pro is four seasons. Some people joke that there’s only two seasons in Wyoming, winter and construction, but really, we do have four separate seasons. Our spring and fall are a bit more abbreviated than some areas, but we truly get to enjoy all four seasons. Summer brings fun on the lake, camping in the mountains, and floating on the river. Winter brings snow sports just outside your door, snowshoeing, and much more. Con: wind. Casper is known for strong winds that can sweep through no matter the season. Now, they don’t happen every day, but sometimes it can feel that way. I have to say the winter winds are my least favorite. The cold, blowing snow brings wind chills well below zero, and drifts that can be difficult to shovel and navigate. Then you have summer winds, which feel like a hair dryer on a bad day when it kicks up.

But the pro is wind and all four seasons. You’re all saying, “Pro? “How is that a pro?” Yes, rewind and listen to my first few pros. The population of Casper. Well, it can be bad and sometimes it can cause people to reconsider living here, which could be a factor in a smaller population. Although, if you brave the wind, you will see it’s worth it. The strong winds can also blow the little pollution we have right out of town. So, fresh air, definitely a pro. So to review, we have 5 1/2 pros versus four cons, and I had to really reach for some of those cons. The biggest con to living in Casper is the wind and yet, it still has positives that come with it. So, all in all, I’d say the pros have it. Casper’s a great place to live. For more reasons why we love to live in Casper, check out this video right here. Remember, we want you to love where you live. See you soon! 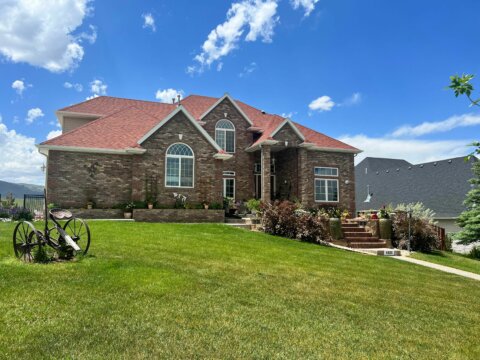 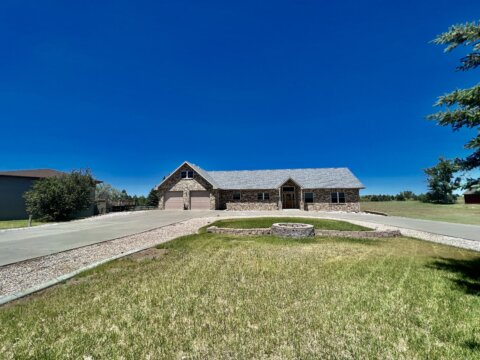